Yeti
Aggretsuko (アグレッシブ烈子, Aguresshibu Retsuko) is a girl red panda Sanrio character. The character "retsu" (烈) means "fury" or "rage." She is an office worker whose life at work is usually frustrating. Instead of releasing it on her coworkers, She holds back her rage. She lets out all of that anger by singing death metal at the local karaoke club.

She is 25 years old, a Scorpio, and blood type A. She is the main character of the show. Working at her company, she works in the accounting department. Hating the way she is treated at work by coworkers, she sings death metal to release rage at night.

A hyena that has been Retsuko's acquaintance for 5 years. He has had a "not so obvious" crush on Retsuko for the years he has know her. Extremely nervous around Retsuko. He's a very kind guy.

A Fennec Fox. Highly perceptive and insightful, she is able to change anyone's mental state through observation of their habits and problems. She is a coworker. Her laugh is very distinctive... 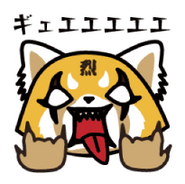 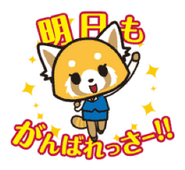 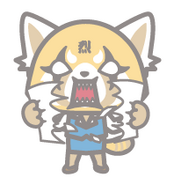 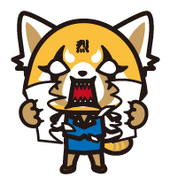 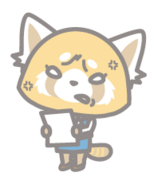 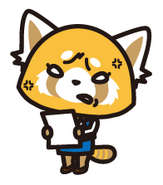 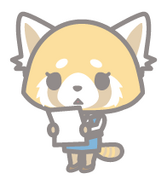 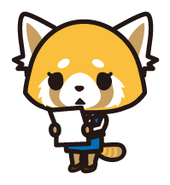 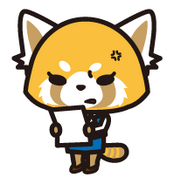 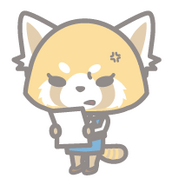 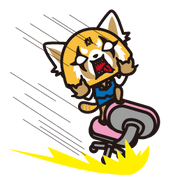 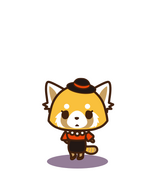 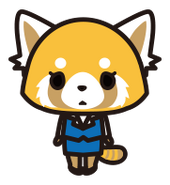 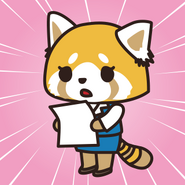 Retrieved from "https://hellokitty.fandom.com/wiki/Aggretsuko?oldid=20718"
Community content is available under CC-BY-SA unless otherwise noted.