Charmmy Kitty (チャーミーキティ, Chāmī Kiti) is a Sanrio character who is Hello Kitty's pet cat, resembling her but with more cat-like features. She is a cute, pretty, spunky, friendly white Persian with a pink lace-trimmed bow tied below her left ear. Her name comes from the word "Charm" as she wears the key to Kitty's jewelry box around her neck. The key was given to her because shiny, sparkly things are said to make her happy. Charmmy is also very kind and polite, but sassy at times.

Papa gave Charmmy to Hello Kitty. She doesn't have a real birthday, however her acclaimed "birthday" is on October 31st (Halloween); the day that she was given to her before her owner's on November 1st. She debuted in 2004, alongside the Sugarbunnies.

Charmmy also has a friend named Sugar, a white Djungarian Hamster who is Kitty's pet, given by Dear Daniel, her boyfriend. He got his name after the color of his fur. She's often seen with him because they are best friends. She also has a younger sister named Honeycute, who has two bows, one on each ear. 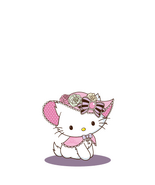 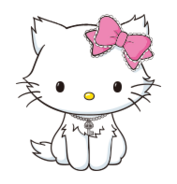 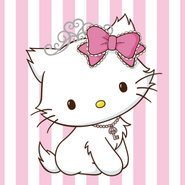 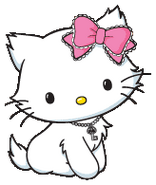 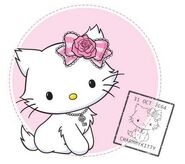 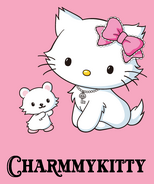 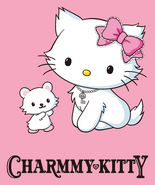 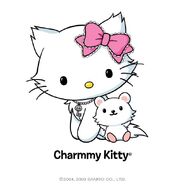 In Charmmy Kitty in Wonderland 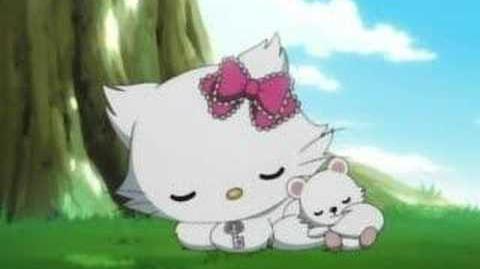 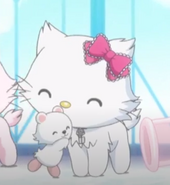