Gudetama (ぐでたま, Gudetama) is a Sanrio character who is an egg. The name "Gudetama" translates from Japanese to English as "lazy egg."

The name Gudetama is formed from two parts: the first is the ideophone “gudegude” (Japanese: ぐでぐで) which is used to evoke the impression of something lazy and lacking energy. The second part is from the Japanese word “tamago” (Japanese: たまご) which means egg.

Gudetama is normally a yolk of a raw egg with a butt crack and a yellow color similar to honey and ripe corn kernels. It has a head with no neck and a body with limbs, but no fingers and toes. Its eyes are drawn like two black beans, appearing lazy. It also has a mouth with no obvious teeth. Gudetama has no gender because it is an unfertilized egg, and is sometimes depicted laying on an egg white as a bed while using bacon as a blanket. Additionally, there are many other depictions of Gudetama corresponding to the various ways of cooking eggs.

Gudetama was created by 26-year-old Sanrio designer AMY, real name Nagashima Emi (Japanese: 永嶋 瑛美), who graduated from Joshibi University of Art and Design in 2012. She usually creates female characters since she started learning how to paint, because she wants to express the beauty of women. The creation of Gudetama was inspired by an egg she was preparing for dinner after a long day at work. "The yolk looked cute...because of its droopy demeanor".

She felt that the yolk looked quite like today's young people - feeling tired about life. Therefore, she designed an egg character and build its personality to attract millennials in this generation. In 2013, Gudetama took part in a food-based competition held by Sanrio to inspire its designers and test out new characters. Gudetama came in second, with the winner of the competition being a cheerful salmon fillet named Kirimichan. Even though Gudetama was less popular than Kirimichan in the beginning, it gained more fans and a higher market value than the cute salmon character.

In 2018, Seibu Railway collaborated with Gudetama and designed Gudetama-themed train. This train ran along Shinjuku Line and the Haijima Line from mid-August to November. It was then on the Seibu Ikebukuro Line until the end of December. The entire train was painted in yellow with front and the back of the train were painted as Gudetama's face. In the inside the train Gudetama is poking their head from the sides of seats and from above the racks. 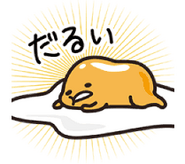 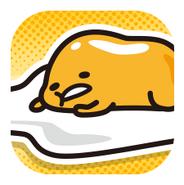 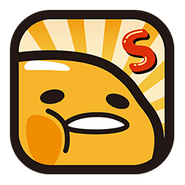 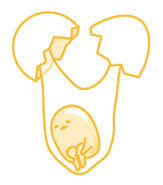 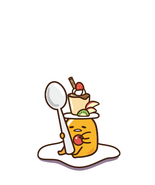 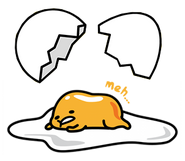 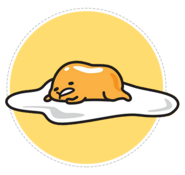 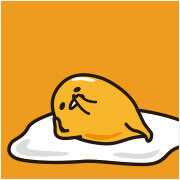