"You can never have too many friends!"

Hello Kitty (ハローキティ, Harō Kitī), also known by her full name, Kitty White (キティ・ホワイト, Kitī Howaito), is a fictional character produced by the Japanese company Sanrio, created by Yuko Shimizu, and designed by Yuko Yamaguchi. She is portrayed as a female white Japanese Bobtail Cat with a red bow worn on her left ear and often wears blue overalls with a yellow shirt on top. The character's first appearance on an item, a vinyl coin purse, was introduced in Japan in 1974. In Hello Kitty's Paradise, Hello Kitty & Friends, and Growing Up with Hello Kitty, she has gray paw pads.

This character is a staple of the kawaii segment of Japanese pop culture. The Hello Kitty trademark has spread globally; Sanrio earned over $1 billion annually in sales outside of Japan, as of 2003. Although mainly aimed at the pre-adolescent female market, the Hello Kitty product range goes all the way from purses, stickers and pen sets to toasters, televisions, clothing, massagers, and computer equipment. It has a cult-like following among adults as well, especially in Asia, where Hello Kitty adorns cars, purses, jewelry and many other high-end consumer products. Several Hello Kitty TV series, targeted towards young children, have also been produced. Examples of products depicting the character include dolls, stickers, greeting cards, clothes, accessories, school supplies, dishes and home appliances. Her fame has led her to the creation of two officially licensed theme parks, Harmonyland and the indoor Sanrio Puroland.

Per official character profiles for Hello Kitty, her real name is Kitty White and she was born in the suburbs of London, England on November 1st. Her height is described as five apples and her weight as three apples. She is portrayed as a cute, bright, sweet, kind-hearted and tomboyishly beautiful girl, who's very close to her twin sister Mimmy. She is good at baking cookies and loves Mama's homemade apple pie. She likes to collect cute things and her favorite subjects in school are English, music and art. Her blood type is A.

In 1962, Shintaro Tsuji, founder of Sanrio, began selling rubber sandals with flowers painted on them. Tsuji noted the profits gained by adding a cute design to the sandals and hired cartoonists to design cute characters for his merchandise. The company produced a line of character merchandise around gift-giving occasions. Hello Kitty was designed by Yuko Shimizu and was added to the lineup of early Sanrio characters in 1974. When a front and side drawing of Hello Kitty (then unnamed) was shown by Yuko to several other people in the company including her assistant, they greatly preferred the side view drawing and praised it. When Shintaro Tsuji had first seen Hello Kitty, he didn't really have any strong opinions, but warmed up to her later on.

The character's first appearance on an item was a vinyl coin purse in Japan, which ended up being the hottest selling item that year which came as a surprise to everyone.

Following Roko Maeda of Patty & Jimmy fame, Shimizu came up with a backstory for her character and dubbed her Kitty, after the name of the protagonist’s pet cat from her favorite book, Alice’s Adventures in Wonderland.

Shimizu’s former assistant, Setsuko Yonekubo—the same one who had declared Shimizu’s initial illustration so very kawaii—oversaw Kitty during the boom years. She introduced incremental innovations like the first portrayal of Hello Kitty in a standing pose, but otherwise made a point of hewing closely to her predecessor’s linework, down to using a photocopied template of Kitty’s face to ensure uniformity. Whether because of this conservative approach or because of the ever-changing whims of young children, the first Kitty fad ran out of steam around 1979. Yonekubo took the opportunity to announce her own retirement, for she wanted to start a family of her own.

For a long while afterwards, Sanrio made no particular effort to replace Hello Kitty's designer. Soon Yuko Yamaguchi joined Sanrio in the midst of the Kitty boom in 1978, at the age of twenty-two, hoping to get a job focused on advertising. When Tsuji had learned of the team planning to abandon Kitty, he fought to keep her and decided to hold an in-house competition for new concepts for Hello Kitty.

In the end, Yuko Yamaguchi won with her whimsical illustration of Hello Kitty sitting at a piano surrounded by adoring family—a charming visual of a deeper backstory that had previously only been hinted at by Yamaguchi’s predecessors. She was awarded the post of Hello Kitty’s chief designer in 1980, and continues to be the character's designer to this day.

In May 2008, Japan named Hello Kitty the ambassador of Japanese tourism in both China and Hong Kong, which are two places where the character is exceptionally popular among children and young women. This marked the first time Japan's tourism ministry had appointed a fictional character to the role.

Hello Kitty's popularity began waning in Japan before the year 2000. In 2002, Hello Kitty lost her place as the top-grossing character in Japan in the Character Databank popularity chart and has never recovered. In a 2010 survey, she was in third place behind Anpanman and Pikachu from Pokémon.

As of August 2007, Thai police officers who have committed minor transgressions such as showing up late or parking in the wrong place are forced to wear pink Hello Kitty armbands for several days as penance.

During the financial crisis of 2007–2010, a poster of a Hello Kitty pre-paid debit card expanded to roughly 1 meter in length was displayed on the floor of the US Senate by Senator Byron Dorgan as a demonstration of extreme methods used by credit companies to attract "children 10 to 14 years of age". Though not an actual credit card, it was criticized for its promotional website encouraging users to "shop 'til you drop."

For the 50th anniversary of Sanrio, Sanrio and Girl Skateboards collaborated and released skateboards with a Hello Kitty graphic. There is a Hello Kitty store in Africa opening 2013.

As of August, 28th, 2014 it was rumored Hello Kitty is a human girl and not a cat. However, it has been confirmed that Hello Kitty is actually a gijinka (anthropomorphic) cat and not human.[1]

There is a themed restaurant named Hello Kitty Sweets in Taipei, Taiwan. The restaurant's decor and many of its dishes are designed after the Hello Kitty character.

Hello Kitty is included as part of the Sanrio livery at the Japanese theme parks Harmonyland and Sanrio Puroland.

The Hello Kitty brand rose to greater prominence during the late 1990s. At that time, several celebrities, such as Mariah Carey and Lady Gaga, had adopted Hello Kitty as a fashion statement.

Hello Kitty cameos with Keroppi and Badtz-Maru in the first few minutes of the 2018 film Ready Player One. Kitty also gets a few more appearances in the film such as a motorcycle decal and as a costume.

On April 21, 2020 Hello Kitty made an official crossover live action video called Shimajiro & Hello Kitty in Exercise with Friends in which the mascots of Shimajiro and Hello Kitty joins together to get people to dance and exercise during the Coronavirus pandemic.

There are also many songs based on Hello Kitty. 2 of the most popular are by Slayyyter & Avril Lavigne

The Dutch artist Dick Bruna, creator of Miffy, has suggested that Hello Kitty is a copy of Miffy, being rendered in a similar style, stating disapprovingly in an interview for the British paper "The Daily Telegraph"

'That,' he says darkly, 'is a copy [of Miffy], I think. I don't like that at all. I always think, 'No, don't do that. Try to make something that you think of yourself.'

Hello Kitty can be found on a variety of consumer products ranging from school supplies to fashion accessories. These products range from everyday items to rare collectibles.

As of 2009, Bank of America began offering Hello Kitty-themed checking accounts, where the account holder can get checks and a Visa debit card with Hello Kitty's face on it. MasterCard debit cards have featured Hello Kitty as a design since 2004.

Sanrio and various corporate partners have released Hello Kitty-branded products, including the Hello Kitty Stratocaster electric guitar (since 2006, with Fender in the US) and even an Airbus A330-20 commercial passenger jet airliner, dubbed the Hello Kitty Jet (2005–2009, with EVA Airways in Taiwan).

2009 marked the collaboration between apparel and accessory brand Stussy and Hello Kitty. Stussy worked with Hello Kitty on a collection focusing on the Hello Kitty character with Stussy signature graphics. This collection included T-shirts, keychains, and hoodies.

In 2010, Hello Kitty entered the wine market with a collection made up of four wines available for purchase online, continuing an expansion of products targeted at older audiences.

In Fall 2008, Simmons Jewelry Co. and Sanrio debuted a collection of fine jewelry and watches named "Hello Kitty® by Simmons Jewelry Co." The collection launched with Zales Corporation to further expand the reach of the brand, and it developed accessories to satisfy every Hello Kitty fan. The designs incorporate colorful gemstones and sterling silver to attract a youthful audience with retail prices starting at $50

Hello Kitty was also chosen by AH-Software to become a Vocaloid. The choice was attributed to the fact it was their 50th year anniversary. The Vocaloid was named Nekomura Iroha and was released in Japanese.

Numerous Hello Kitty games have been produced since the release of the first title for NES in 1992; however, the majority of these games were never released outside of Japan. Hello Kitty also has made cameo appearances in games featuring other Sanrio characters, such as the Keroppi game, Kero Kero Keroppi no Bōken Nikki: Nemureru Mori no Keroleen. Special edition consoles such as the Hello Kitty Dreamcast, Hello Kitty Game Boy Pocket, and Hello Kitty Crystal Edition Xbox have also been released exclusively in Japan.

In 2015, She made a playable appearance in Super Mario Maker in the form of an amiibo costume in the "Super Mario Bros" theme exclusively.

In 2013 She made an appearance in Sonic Dash during a collaboration with Sanrio event. 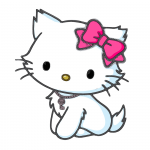 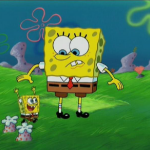