Hello Kitty Wiki
Register
Don't have an account?
Sign In
Advertisement
in: Characters, My Melody Universe, Females,
and 2 more

Black joker's hat with a pink skull at the center of her forehead; Black devil tail

Writing in her diary; Cooking

Kuromi (クロミ, Kuromi) is My Melody's rival, who is a white rabbit or imp-like creature wearing a black jester's hat with a pink skull on the front and a black devil's tail. The skull's facial expression changes to match Kuromi's mood. Fittingly, her birthday is Halloween (October 31st). Her name translates from Japanese to English as "chrome."

Kuromi's appearance is also similar to those of cartoon characters from the 1990s such as Pichu from Pokémon. Kuromi has become a popular character for the punk, scene, and goth crowds due to her appearance.

Although she may look tough and punk, she is actually very girly and is attracted to good-looking guys! Kuromi enjoys writing in her diary and is hooked on romantic short stories. Her favorite colors are black and hot pink. Her favorite food is shallots, all kinds of meat, and in recent Kuromi merchandise cherries have been shown. Despite being a villain, Kuromi is mostly into food and even cooks. You might call her a rowdy free spirit.

Kuromi is the "punk" tomboy counterpart to My Melody. Although My Melody has warm feelings for Kuromi, Kuromi's feelings are more inclined to rivalry to look tough.

Kuromi is the leader of a biker gang known as "Kuromi's 5." Other members include a purple cat named Nyanmi, a pale orange dog named Wanmi, a white fox named Konmi, and a grey and white rat named Chumi. They all wear black and drive around in a menacing fashion. They love riding their tricycles and causing havoc at breakneck speeds, similar to the yakuza-inspired "bosozoku" girl gang subculture in Japan.

Kuromi is from the anime Onegai My Melody. In the anime series Onegai My Melody, Kuromi holds a strong grudge against My Melody originating from small, innocent mistakes My Melody made when they were children. She keeps a notebook which she dubs the "Kuromi Note" filled with over 6,324 instances of times My Melody has wronged her. These events are very minuscule (such as My Melody eating the last pickled onion from Kuromi's school lunch tray) but Kuromi treats them as traumatic events, and vows to get revenge someday. It is implied that these feelings stem from jealousy against My Melody for being "cuter" than she is, and eventually turns to delinquency out of sheer rage and feelings of hopelessness against the world.

After fleeing from Mariland to the human world she meets, partners up with, and falls madly in love with Keiichi Hiiragi, a coldhearted bishōnen violinist. After being chosen by the Dark Power to charge Kuromi's weapon, the Melody Key, through his violin playing, Hiiragi assists her in her quest to collect 100 black notes to summon the Spirit of Dark Power and get revenge on My Melody. 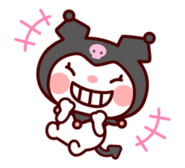 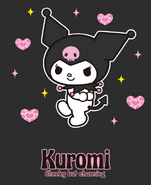 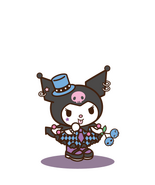 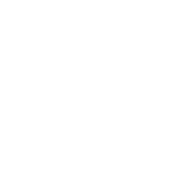 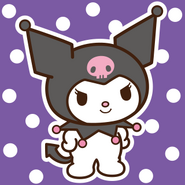 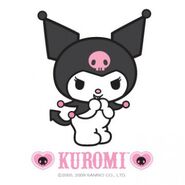 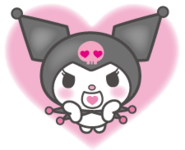 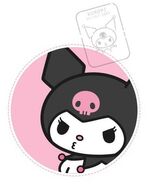 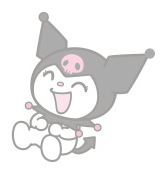 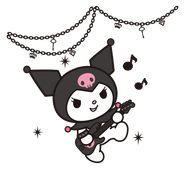 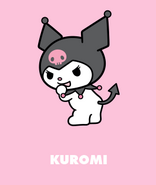 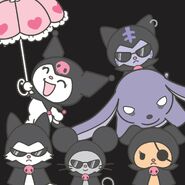 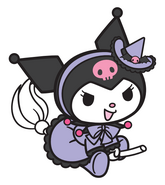 With Ruby, My Melody, Baku