Ghosts and the Thunder God

a Naive and Curious boy.

Pokopon (ぽこぽん日記, Po ko pon Nikki) is a boy raccoon Sanrio character who was born in the Village of Kakubachi but currently lives in the Takukikoji Shopping Arcade where he's being trained to be the best possible boy he can be by his aunt.

Pokopon likes to read Haikus and is very naive and curious. He dislikes ghosts and the thunder god. When he speaks, he usually finishes his sentences with '~das'.

He has a girlfriend named Hana-chan who he usually exchanges letters with and his mother and father are a geisha and priest respectively. 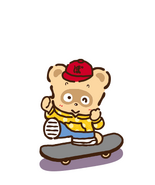 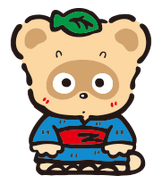 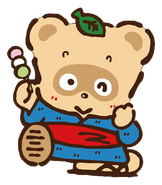 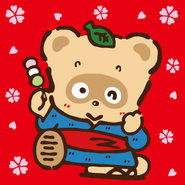 Retrieved from "https://hellokitty.fandom.com/wiki/Pokopon%27s_Diary?oldid=22173"
Community content is available under CC-BY-SA unless otherwise noted.