The Vaudeville Duo (ザ ボードビルデュオ, Za Bōdobiru De~yuo) is made of the characters Eddy and Emmy. They were born on the same day in the same hospital, which makes them two good friends!

Eddy is an energetic boy who loves adventure, sports such as Baseball and Golf, and playing pranks. Eddy is also skilled in writing stories. His parents are busy working at the theater so he tends to be home alone. Eddy's best friends are Emmy, David, and Mike. Dreams of being a stage director when he grows up.

Emmy is a cute and proper little lady who dreams of being an actress on Broadway. She enjoys dancing, ballet, cooking, traveling and watching plays. Her parents love musicals and her best friends are Eddy, Candy, and Susan.

Elf is a white dog with a red bowtie around his neck. Elf was born on November 11th in the center of Broadway, New York. He is very energetic and is usually seen following Emmy around; Elf does not like to be alone. His hobbies include collecting random junk (Elf believes they are valuable) and tap dancing, which he is very skilled in. Elf's parents and siblings are all living in the countryside and his friends include Margaret and a bulldog who is a bit of a bully. His grandfather was a star who was very popular in England, which makes Elf believe he'll have a chance at becoming famous in Broadway with Eddy and Emmy. 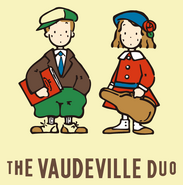 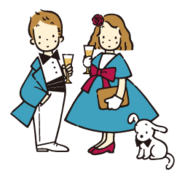 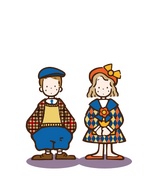 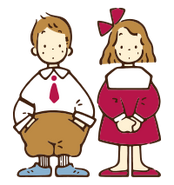 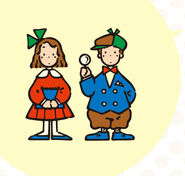 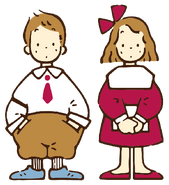 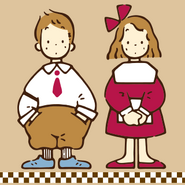 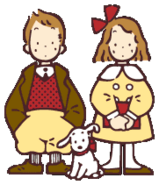